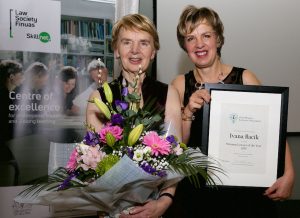 *The Irish Women Lawyers Association have selected IWLA founder member, Senator Ivana Bacik BL as the Irish Women Lawyer of the Year 2019 in recognition of her incredible contribution to law in Ireland, and particularly her focus on gender equality and social justice in her work as a Senator and Professor of Law at Trinity College Dublin.

With a record breaking attendance of Irish Women Lawyers, Senator Ivana Bacik was awarded IWLA Woman Lawyer of the Year to a standing ovation at the IWLA Annual Gala on Saturday.

This highlight of the legal year provides the opportunity for women lawyers to meet and socialise and network in a collegial atmosphere that leads to a sharing of ideas and plans for the future and has led to the initiation of many IWLA initiatives including most recently the IWLA Sub Committee on Climate Justice launched recently. This networking is an all-island project with the IWLA delighted to host Law Society of Northern Ireland President Suzanne Rice and Senior Vice President Eileen Ewing to the event.

IWLA Chair Maeve Delargy gave the assembled guests a whistle-stop tour through the IWLA events of the past year including the Ruth Bader Ginsburg film private viewing as well as most recently the Climate Justice presentation by IWLA Honouree Mary Robinson, both sell out events.

uest for a photo – Justices Donnelley, Faherty, Creedon, O’Hanlon, and Stewart, together with Judges, Ní Chúlacháin, Baxter, and McNamara. 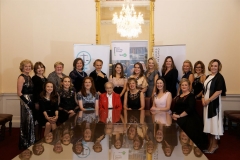 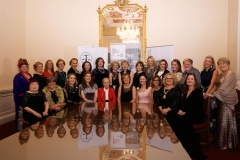 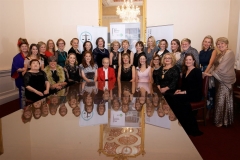 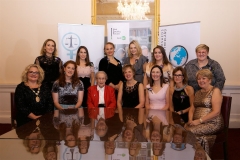 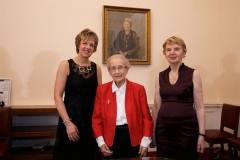 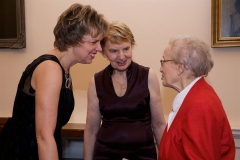 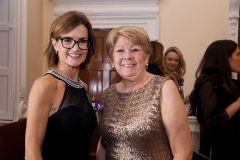 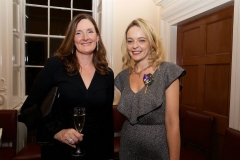 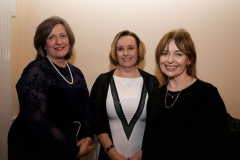 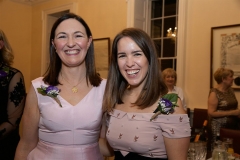 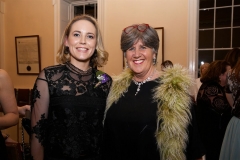 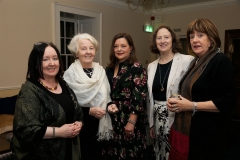 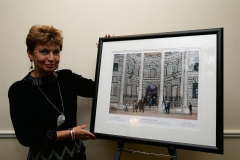 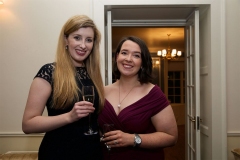 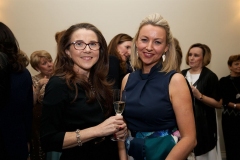 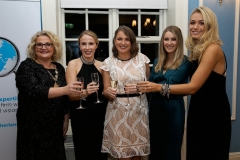 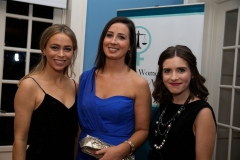 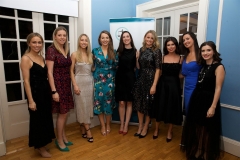 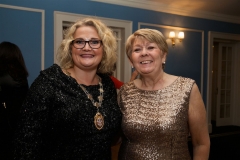 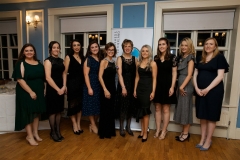 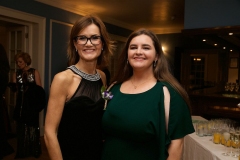 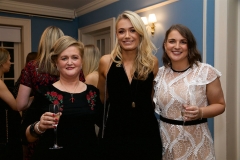 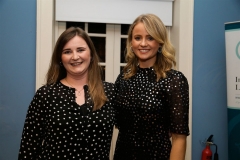 Fresh from her Award as Irish Tatler Woman of the Year 2019, Senator Bacik accepted the Award by exhorting those in attendance to, in the words of Constance Markowitz ‘wear short skirts and sturdy boots…and carry a revolver’ in order to avoid the sticky floor that continues to affect female participation in higher levels of the legal profession.

Senator Bacik shared the standing ovation with her mother Mrs. Rina Bacik who IWLA Chair Maeve Delargy introduced by noting the maxim ‘Strong Women – may we know them, may we be them, may we raise them’ certainly applied in this case.

The event was hosted by the Law Society of Ireland with thanks to Law Society Finuas Skillnet and Evershed Sutherlands. 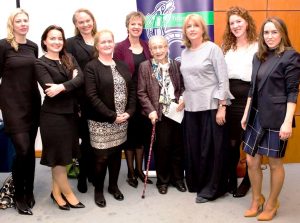