The Commemoration of the centenary of the enactment of the Sex Disqualification (Removal) Act 1919 took place at the Honourable Society of Kings Inns at a Gala Dinner in collaboration with the Irish Women Lawyers Association, the Law Society of Ireland, and the Bar of Ireland on the 30 November 2019.

The Keynote Address was given by former President of Ireland, Mary McAleese, and other guests included government ministers, Minister Josepha Madigan, the first female solicitor to serve as a government minister, and Minister for Children, Dr. Katherine Zappone, together with President of the Law Society of Ireland, Michelle O’Boyle, the 4th female president of the Law Society in 178 years. The event was also attended. by former Supreme Court Justice, Catherine McGuinness, President of the Irish Women Lawyers Association together with distinguished guests from throughout the legal profession and society. 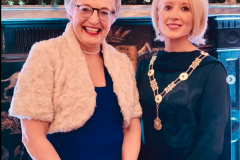 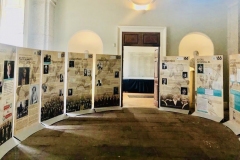